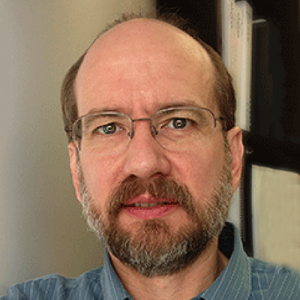 As senior instrumentation technologist, my role in the Chemistry Instrument Center (CIC) is to serve as a research-support resource by designing, constructing, modifying, enhancing, and operating mass spectrometers, X-ray diffractometers, low temperature devices, and ESR spectrometers. This allows for instrument modifications and repairs to be made on a shorter timeframe and enables the CIC to operate without the need for costly support contracts from instrumentation vendors. I collaborate with students and researchers to facilitate the collection of research data in the CIC, and I am available to assist where needed outside the CIC, including in other departments.

One of my recent instrumentation projects utilizes a Raspberry Pi microcomputer to build a controller to automate the liquid nitrogen refill process for the Cryostream coolers in the X-Ray Diffraction Laboratory. I researched microcontrollers and microcomputers for this project and selected the Raspberry Pi microcomputer, which is a low-cost, credit-card-sized, single-board computer. An electronics shield was designed and constructed for the Raspberry Pi that would allow for an RS-232 interface to an electronic scale, a control circuit for the cryogenic solenoid valve and driver circuits for LEDs and a piezoelectric buzzer. The microcomputer was then programmed using the Python programming language. The system monitors the weight of a small 60-liter dewar that directly feeds the Cryostream cooler. Completely automated fills are performed based on the weight of this dewar. The system records information on nitrogen usage and fill times, and it can also warn the user if the refill process is not accomplished or if the dewar’s weight is out of limits. The controller’s status is monitored and it can email a user if an error is detected. Because the controller is based on a fully functional computer system running a version of the Linux operating system, the possibilities for control and data reporting are almost endless.